We can do packages in much of Idaho, including whitetails in Northern Idaho. Wolves have had impact in some units and you really need to know where to go if you are elk hunting in Idaho, which can still be good.  Idaho mule deer hunting is not generally as good as Nevada and Western Wyoming, however, we see excellent bucks in Idaho every year. North Idaho whitetail hunting can be fantastic.  We also offer scouting packages for some controlled (draw) hunts. Call or Email us for details.  Our service can help in finding places to hunt and give you a greater familiarity of the area but killing a big deer is very difficult.

Super Tag Holders Alert.  We’ve worked for several Super Tag Holders over the years.  While we like to help them out, we’ve found most Super Tag holders are very difficult to please as they have a very hard time focusing on the one or maybe two units that  our full scouting packages cover.  We simply can’t cover multiple units for what we are charging.  If you want to buy multiple package, then we might be able to accommodate.

Also keep in mind, by law, we cannot meet you on the Forest, BLM, State, or Private ground (except in the case of our Private Land Outfitted hunts where we are licensed to guide) as that is considered guiding.  So please don’t ask. 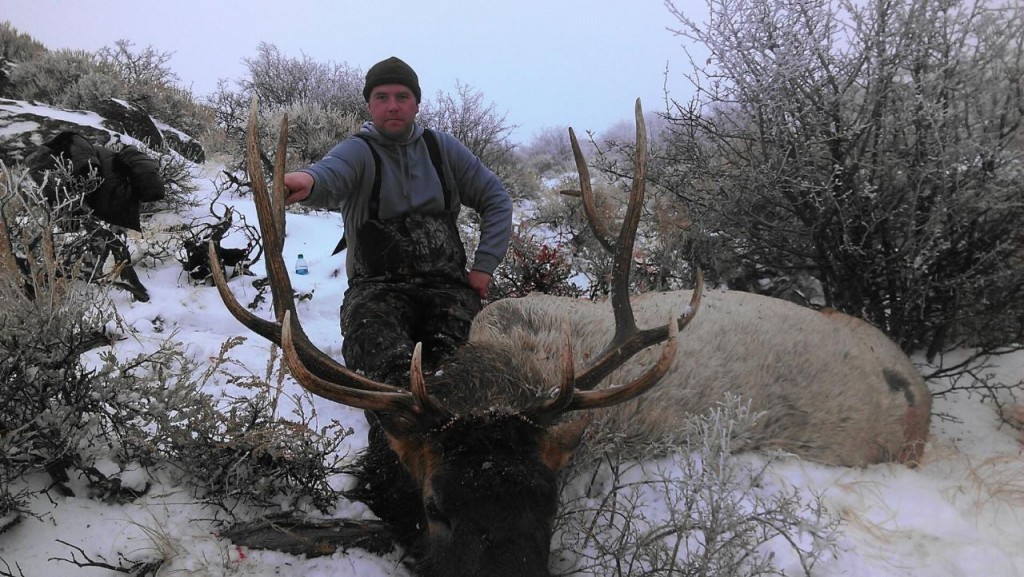 One our scouts, Ryan Pimentel, scouted for Chad Olsen in 2013 for a late season Idaho bull hunt. Chad hunted several days before finding a bull he’d be happy with.  He said he found elk everywhere we’d sent him.  Good job, chad. 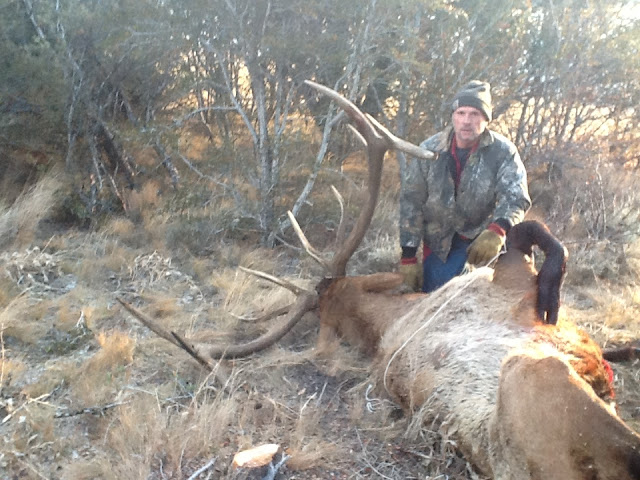 One of our scouts, Ryan Pimentel, scouted for Idaho Super Tag Holder, Walt Dhoogie. in 2012. Ryan found some good bulls while scouting in September. Walt returned in December and took this 360″ gross bull. 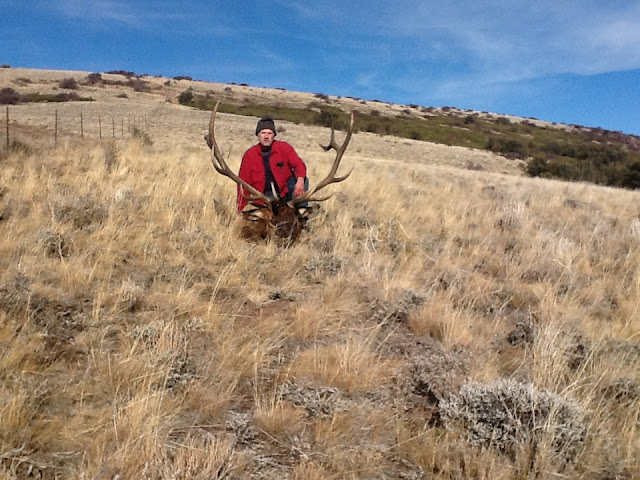 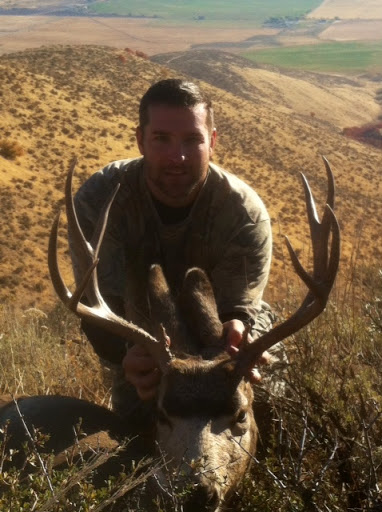 Paul Klassen and his party hired us in 2012 to scout some country that was new to them. Robby found a couple of really good bucks, one a 29″ wide old buck and the other, a beautiful 180″ typical. Bucks like that don’t come easy, but Paul and his crew gave it all they had hunting the area. In the end, they didn’t kill either buck but took these two decent bucks. Good job guys. 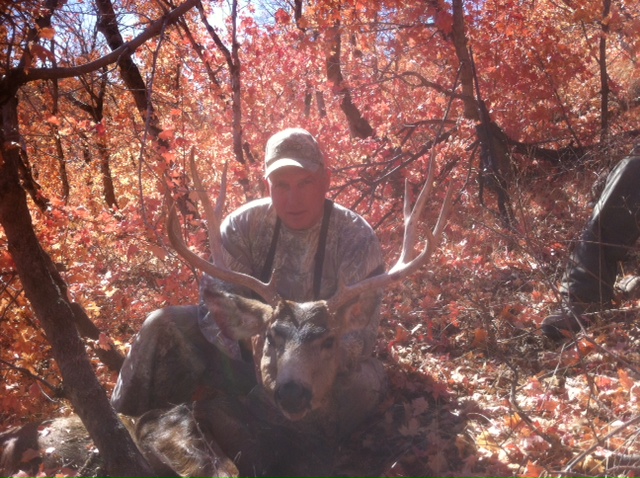 The other buck the Klassen party killed in 2012. These guys again proved that general season bucks in Idaho are earned and are not for the easily discouraged! 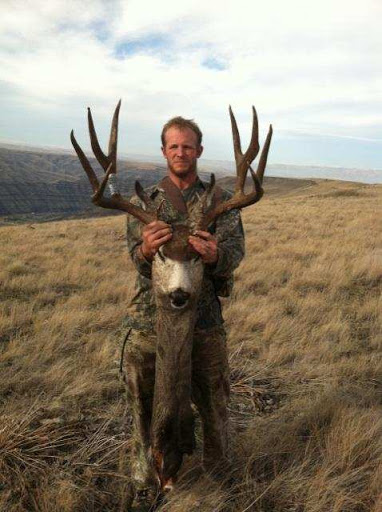 Our scout, Jim Carr, knows how to get it done himself on public land as shown here and below. Jim took this great buck on public land in Idaho with a muzzleloader in 2012. 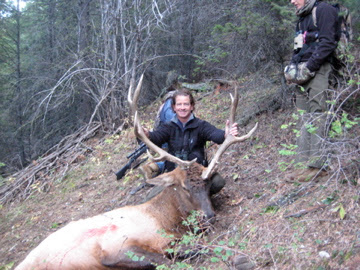 Our scout, Jim Carr, scouted for Steve in Idaho in 2012. Jim found the elk and Steve killed a good bull from the area, which you can see is typical steep Idaho elk country.

Brett Fowler drew an Idaho moose tag in 2012. We scouted several good bulls and Brett took one of them. 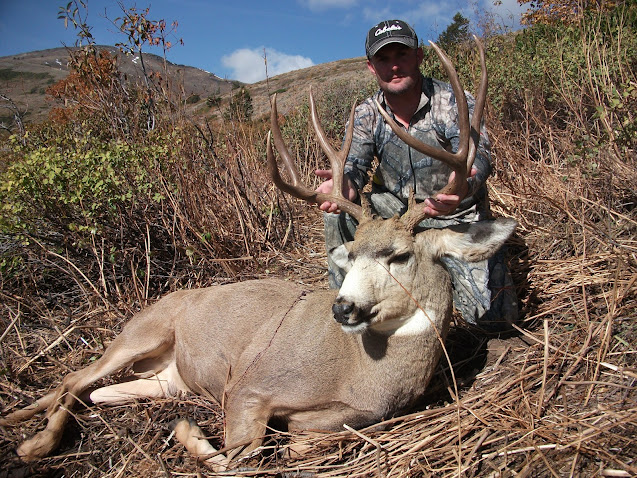 In 2011, we scouted some country for Roudy Keller who later returned and took this good buck 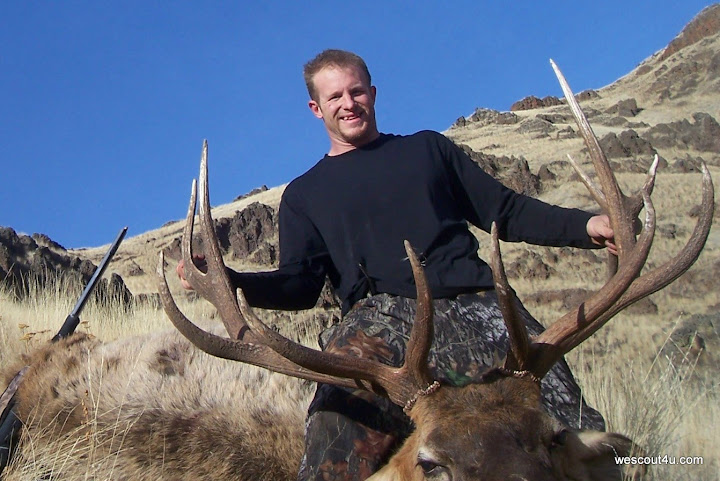 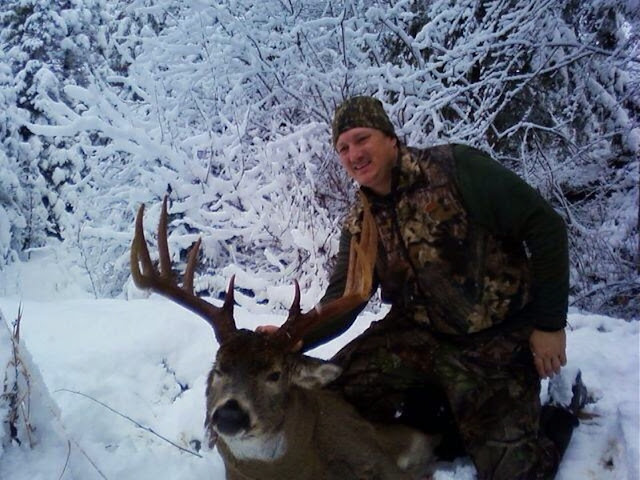 Jim handles the Northern Idaho whitetail scouting. In 2010, Jim pre-scouted a new area. Later that fall, the Nossaman party killed this whitetail in the area. That buck seems to be flirting with the B&C minimum. 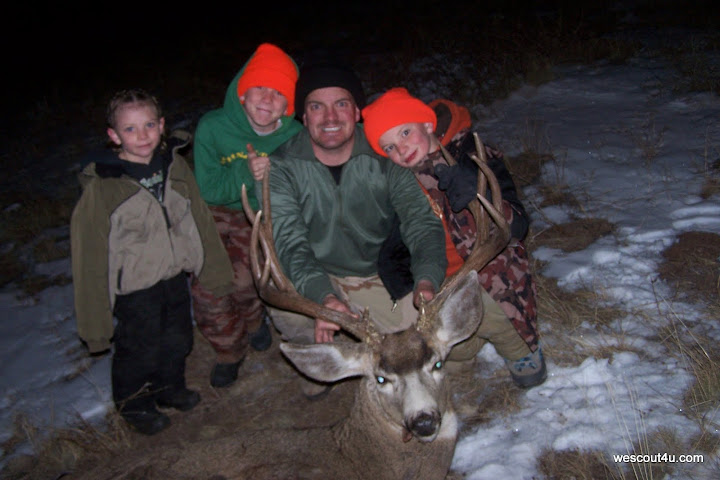 Scott Weber took this good Idaho buck from a mediocre Southern Idaho unit our scout, Jim Carr, scouted for him in 2009. Looks like Scott made the hunt a family affair. Good job, Scott. 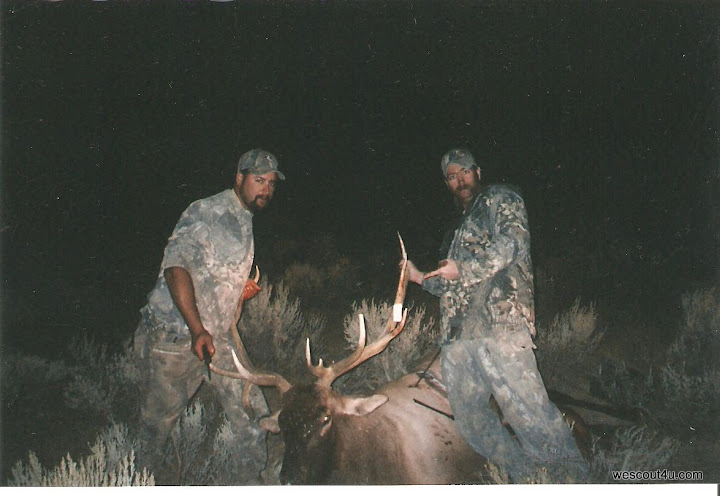 Anthony Rowe, another Idaho resident, wanted to hunt desert elk in 2008. Idaho has some good desert elk herds if you can find them. Robby Denning, our scout, helped narrow down the units to some areas where elk were raiding crops. Anthony took this bull with archery equipment within a few days. Good job Anthony. 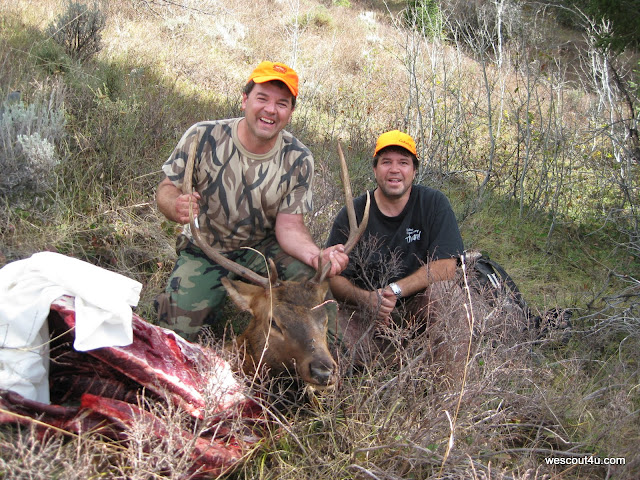 Nick Brown and his friend Roger contracted with us in 2009. Robby Denning scouted a general season unit and found some elk in August. Roger took this rifle bull (his first bull elk) after a few days of hunting the area. Nick said they almost got a double, but he decided to miss his bull

These guys hunted hard and backpacked the bull out, too! Good job, guys.

Email us today to book your scouting package